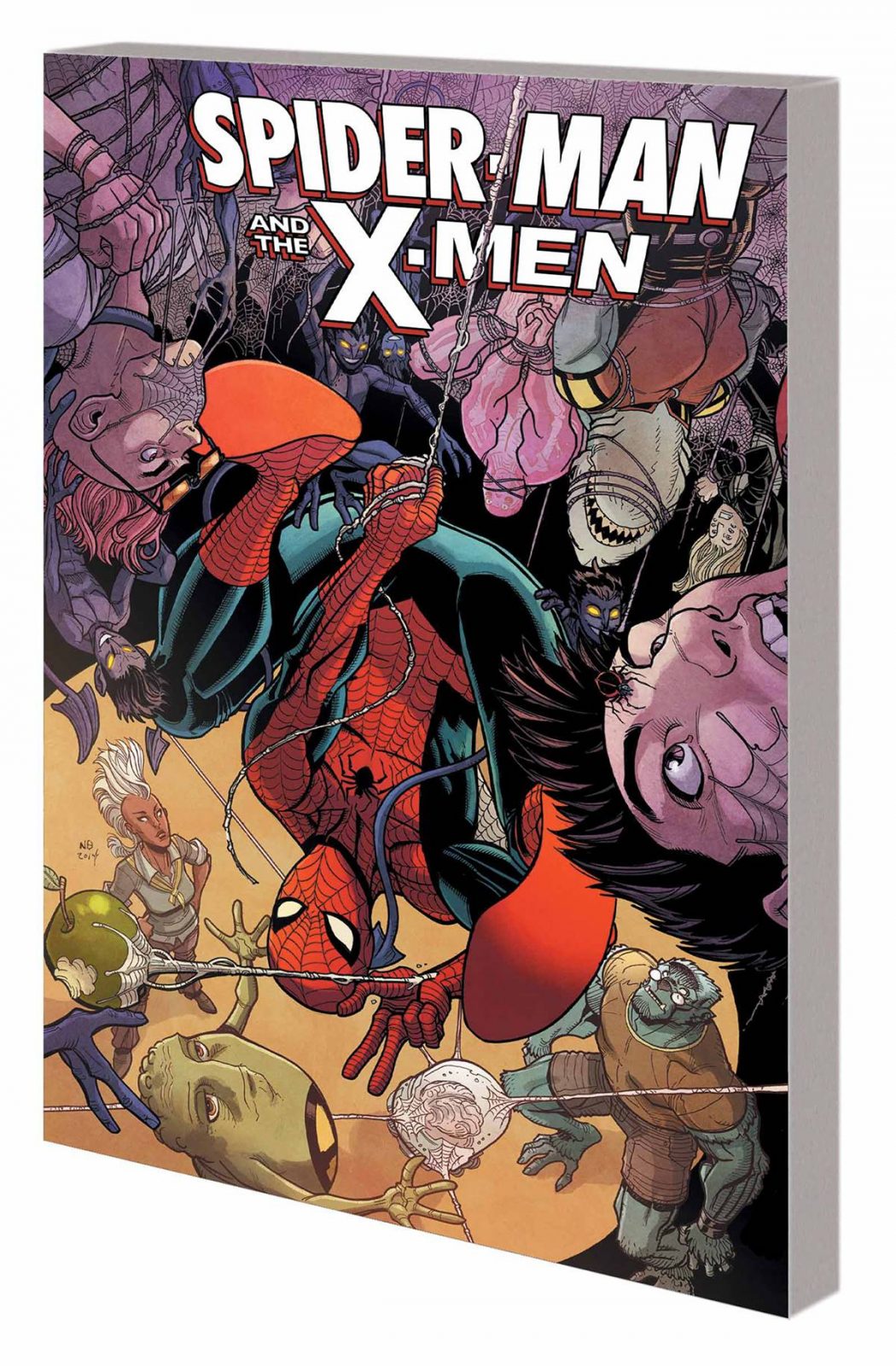 Meet the Jean Grey School’s new guidance counselor: Spider-Man! He’s supposed to be secretly investigating the suspicion that one of the students is a traitorous mole. But now Spidey’s got his hands full with a very special student class – and a maniacal merger of the X-Men’s rogues’ gallery with his own! Sauron and Stegron the Dinosaur Man team up to take over Staten Island! Chameleon and Mojo cast Spidey and the X-kids in a live death match against the Sinister Sixty-Six! And Deathbird teams the Brood with the Symbiotes! But as Spidey faces the Beast in a no-holds-barred science fair, someone at the school discovers his secret identity! All betrayals, deceptions and misunderstandings fall into place as the mole is revealed – but will Spidey and his students survive to learn the truth? Collecting SPIDER-MAN & THE X-MEN #1-6.
Rated T+Brand:
MARVEL COMICS
Creators:
(W) Elliott Kalan (A) Marco Failla, R. B. Silva (CA) Nick Bradshaw