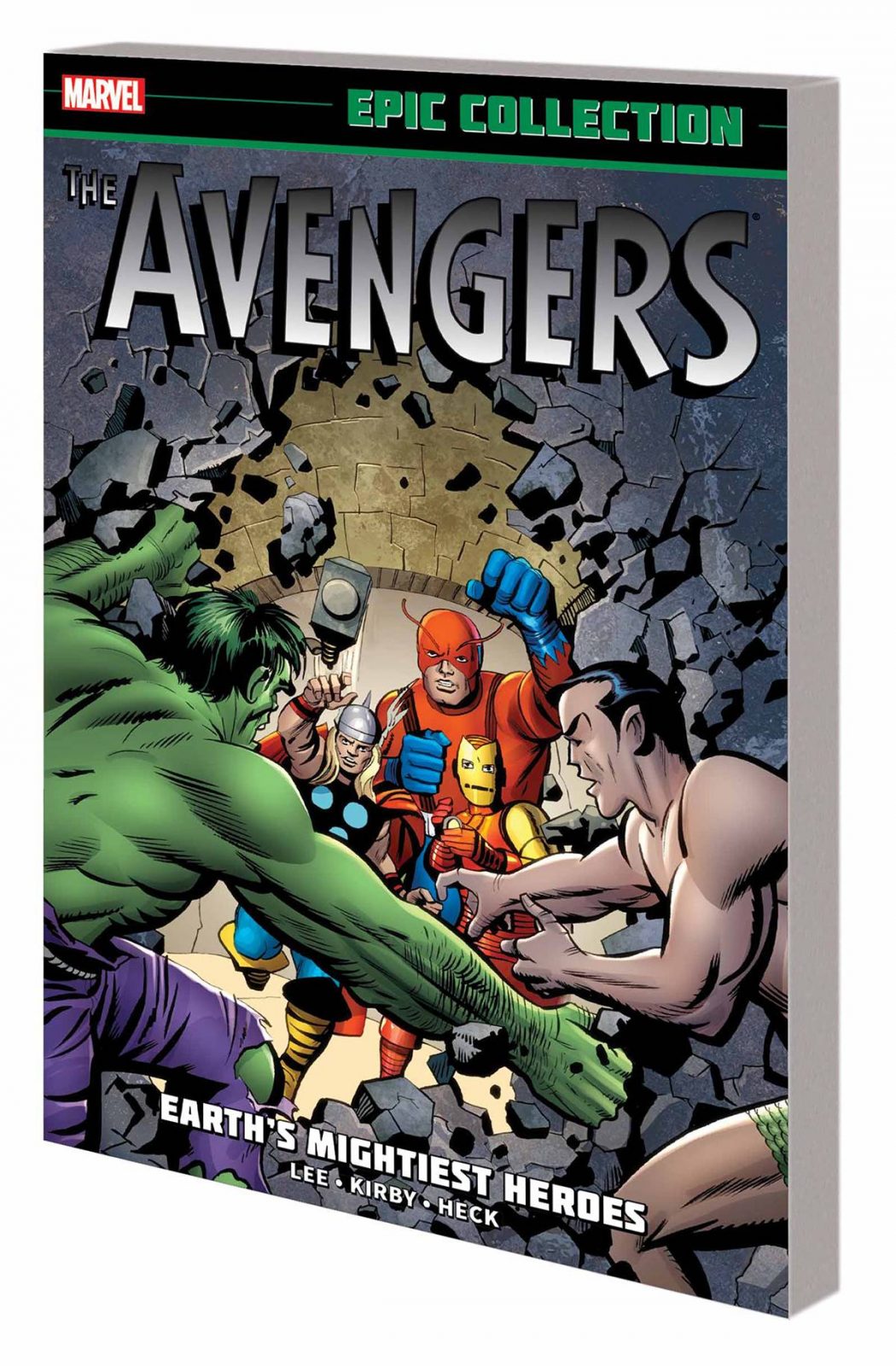 Gathering together to face Loki, Marvel’s greatest heroes – Iron Man, Thor, Hulk, Ant-Man and the Wasp – formed comics’ greatest team: the Avengers! They were joined by Captain America soon after, and there was no doubt these were Earth’s Mightiest Heroes! But Marvel heroes don’t just battle villains, they live, breathe, argue… and even fall out. And in an innovative twist, Stan Lee eventually chose to have those original Avengers depart, leaving Captain America to carry on! Hawkeye, Quicksilver and the Scarlet Witch – all conflicted villains – became Cap’s new recruits, transforming the Avengers into a dynamic, unpredictable and exciting quartet! So grab a copy of this Epic Collection, and experience the origins and permutations of the world’s most-famous super team from the very beginning! Collecting AVENGERS (1963) #1-20.
All AgesBrand:
MARVEL COMICS
Creators:
(W) Stan Lee & Various (A) Jack Kirby & Various (CA) Jack Kirby