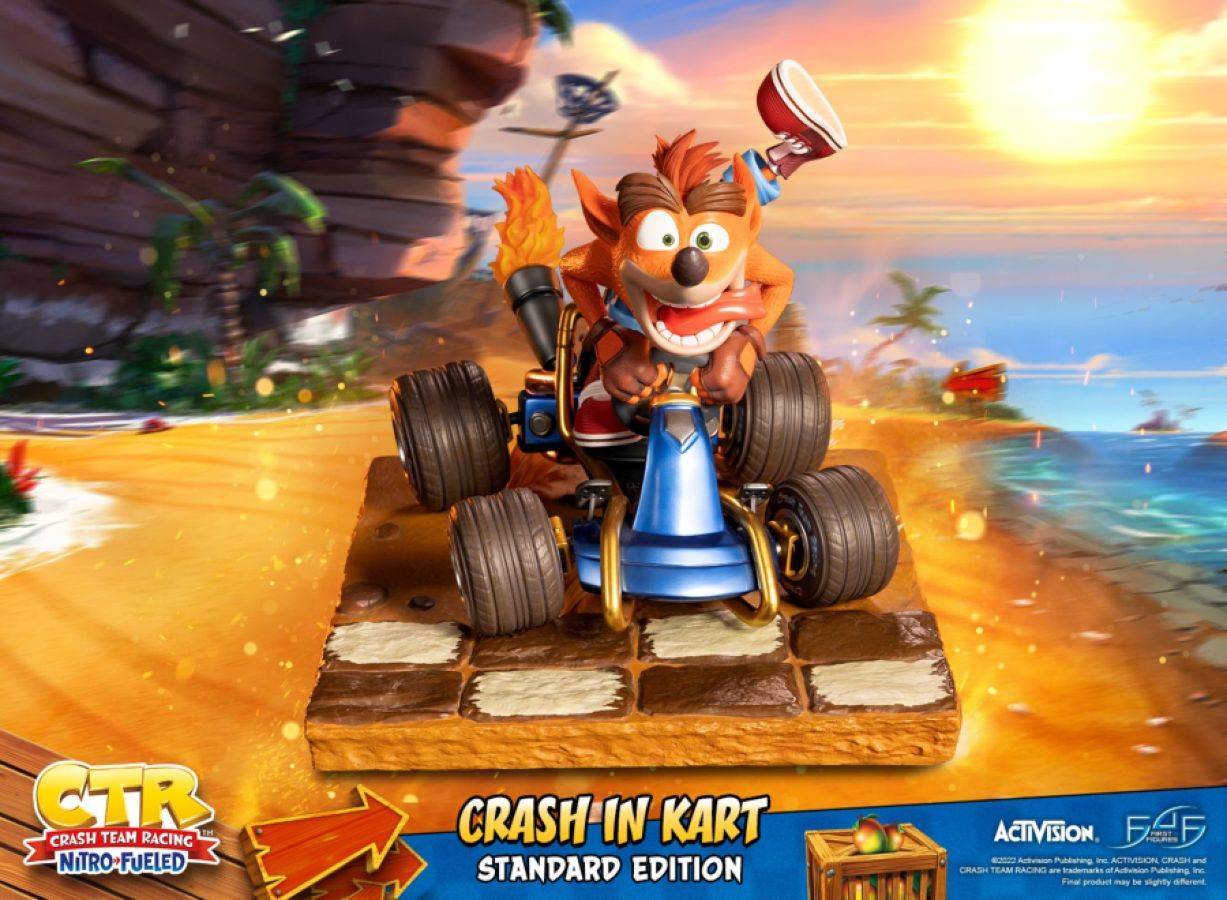 The statue captures the jumping animation players will be familiar with when they hit the boost button while jumping! His classic kart has been brought to life with vibrant colours and realistic sculpts. Realistic texture details in his ensemble such as the leather gloves, his signature blue jeans and red sneakers really bring Crash from video game to life!

To go with this dynamic statue, the base is a ramp inspired by Crash Cove, the first racetrack that players will encounter in the video game. There are rocky textures as well as added brick and moss details on the sides of the base, making the ramp look more genuine!