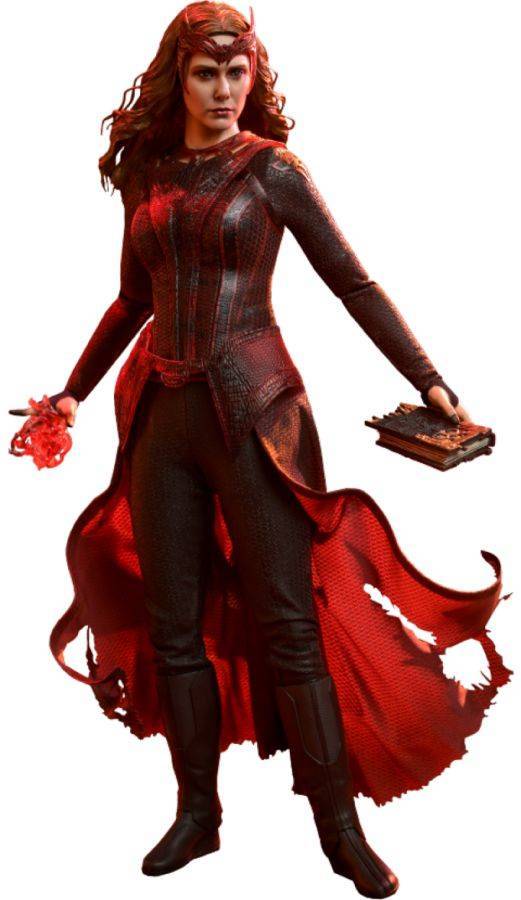 "You break the rules and you become a hero. I do it and I become the enemy." – The Scarlet Witch

After the loss of Vision and a life-changing experience with her two imaginary children in WandaVision, Wanda Maximoffs grief has triggered her to become the biggest threat in Doctor Strange in the Multiverse of Madness. Shes obsessed with using the potential of the multiverse to find an alternate reality where her twin sons are real and alive, and shes willing to kill anyone who gets in the way of that goal.

Inspired by the recently released Doctor Strange in the Multiverse of Madness, Sideshow and Hot Toys is excited to introduce The Scarlet Witch Sixth Scale Collectible Figure from the bending universe.

Beautifully crafted based on the appearance of Elizabeth Olsen as The Scarlet Witch in the movie, the figure features a newly developed head sculpt and tiara with stunning likeness, two styles of front hair sculptures, specially applied luminous reflective effect on eyes to emulate Scarlet Witch using her abilities, faithful recreation of costume in scarlet red applied with dramatic weathering effects, highly-detailed accessories such as the Darkhold, different styles of power-using effects accessories, interchangeable hands with black finger tips and a figure stand.