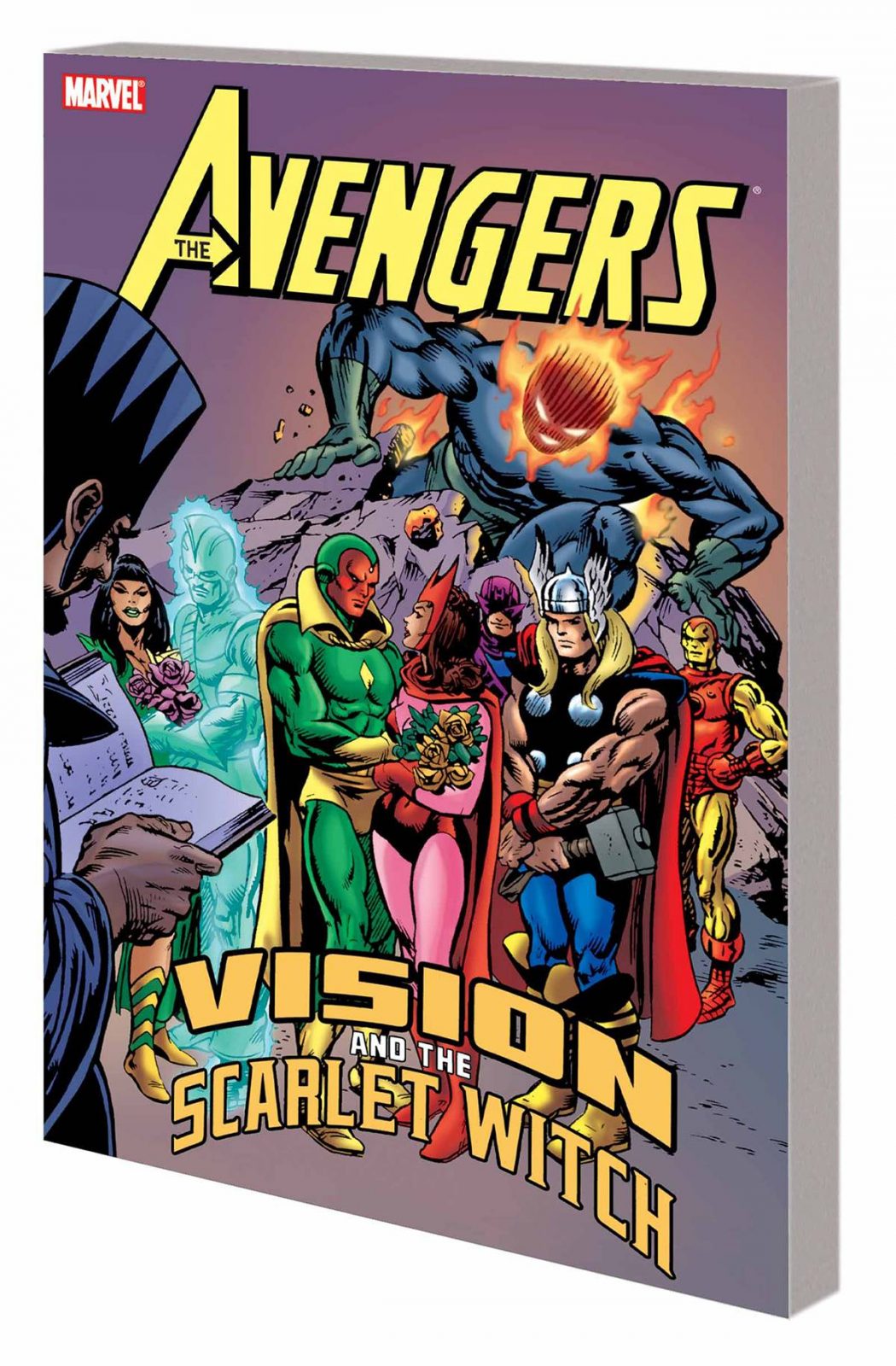 The unlikely romance between the Vision and the Scarlet Witch was one of the Avengers’ most famous storylines. Now, witness what happens when the two heroes finally get hitched and settle down in the suburbs! If you think they’re going to live the quiet life, think again! See how a match made in heaven led to a wedding in Limbo, and how a Halloween horror proves that there’s still magic in their marriage! Plus: A golden age mystery with ties to the Witch’s past is solved! The Vision bonds with his brothers in all but blood – but who is the Scarlet Witch’s father? Marvel’s oddest couple shows that home is where the heroes are! Guest-starring the Avengers and the Inhumans vs. Dormammu, the Grim Reaper and more! Collecting GIANT-SIZE AVENGERS #4 and VISION AND THE SCARLET WITCH (1982) #1-4.
Rated TBrand:
MARVEL COMICS
Creators:
(W) Steve Englehart, Bill Mantlo (A) Don Heck, Rick Leonardi (CA) Gil Kane