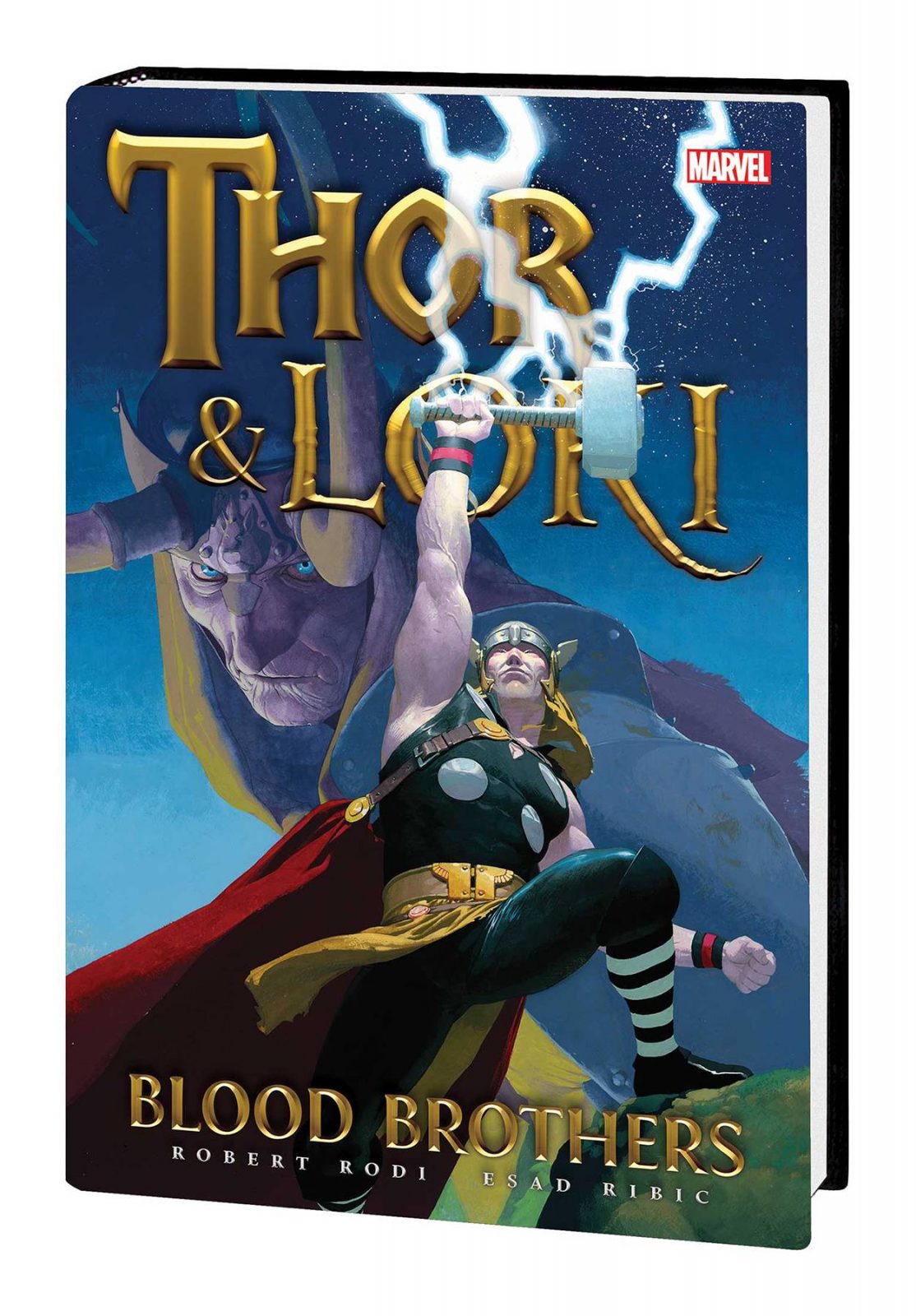 There are two sides to every story. You’ve heard Thor’s – now it’s time to hear Loki’s! Odin’s least favorite son rewrites Asgardian lore from his perspective, featuring the breathtaking painted artwork of Esad Ribic (SECRET WARS). In this tale, Loki’s insatiable lust for power will take on new meaning – as will his conflicted sentiments toward Sif, his antipathy toward Balder and his deep-seated feelings of longing and resentment toward his older brother Thor and uncaring father Odin. And if that’s not enough, just stare at the lush painted art by Ribic, presented larger than ever before – you won’t be disappointed! Plus: The first appearance of the Trickster God, a classic Tale of Asgard that reveals Loki’s awesome origin and more! Collecting LOKI (2004) #1-4, THOR (2007) #12 and material from JOURNEY INTO MYSTERY (1952) #85 and #112.
Parental AdvisoryBrand:
MARVEL COMICS
Creators:
(W) Robert Rodi & Various (A) Esad Ribic & Various (CA) Esad Ribic