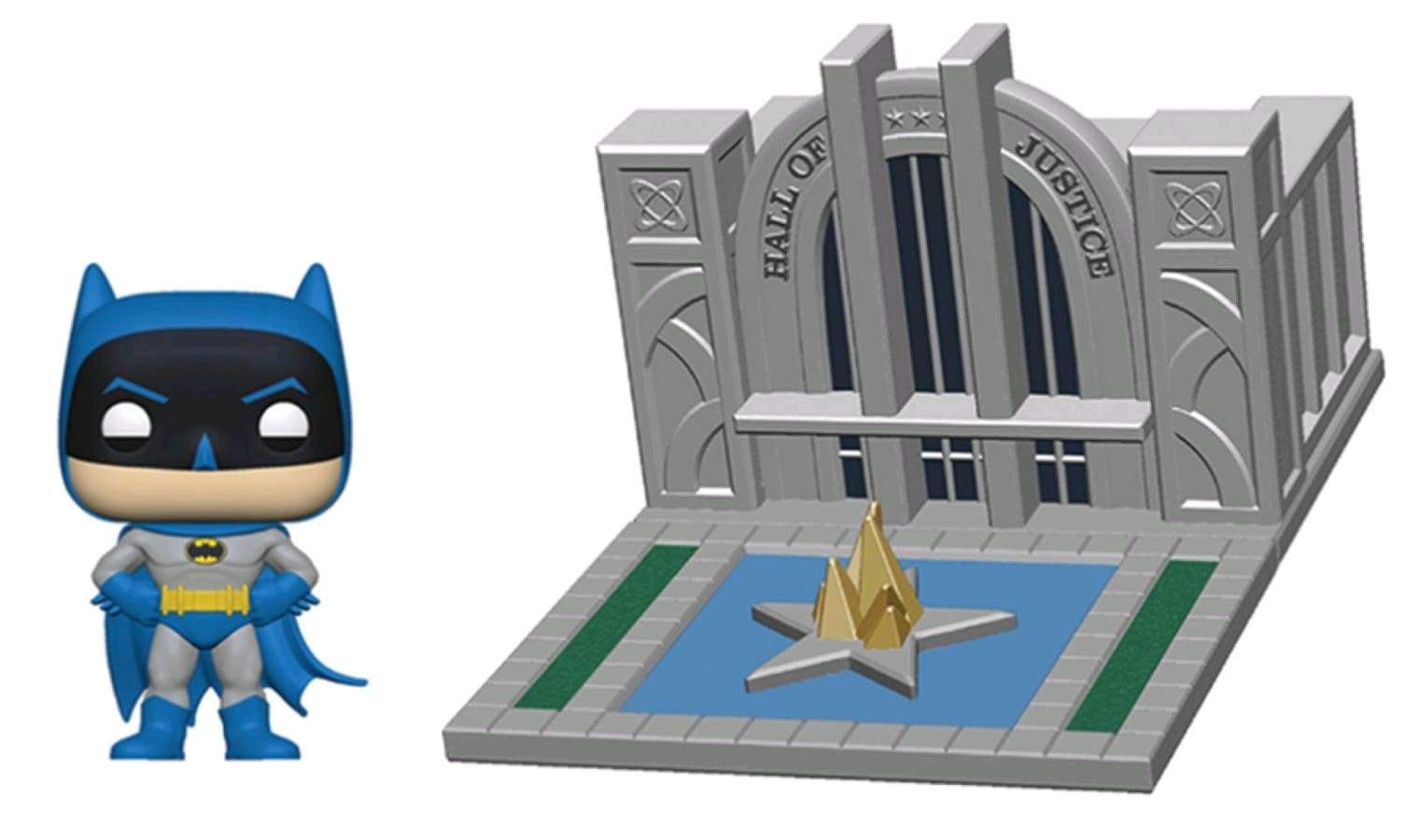 Back in the 1970s, Saturday morning television was dominated by the amazing Super Friends animated series, focusing on our favourite DC heroes from the Justice League.

Each episode began with the heroes responding to an emergency detected by the massive TroubAlert computer in the Hall of Justice, which served as the headquarters of the team.

Well now fans of the hit series can now celebrate with Funko’s newest addition to their Pop Town! Line, showcasing the Hall of Justice from the series, which comes complete with a Batman Pop! Vinyl Figure, featuring the caped crusader in his retro 70s suit.

The Hall of Justice will make for the perfect centrepiece of any DC Funko collection!