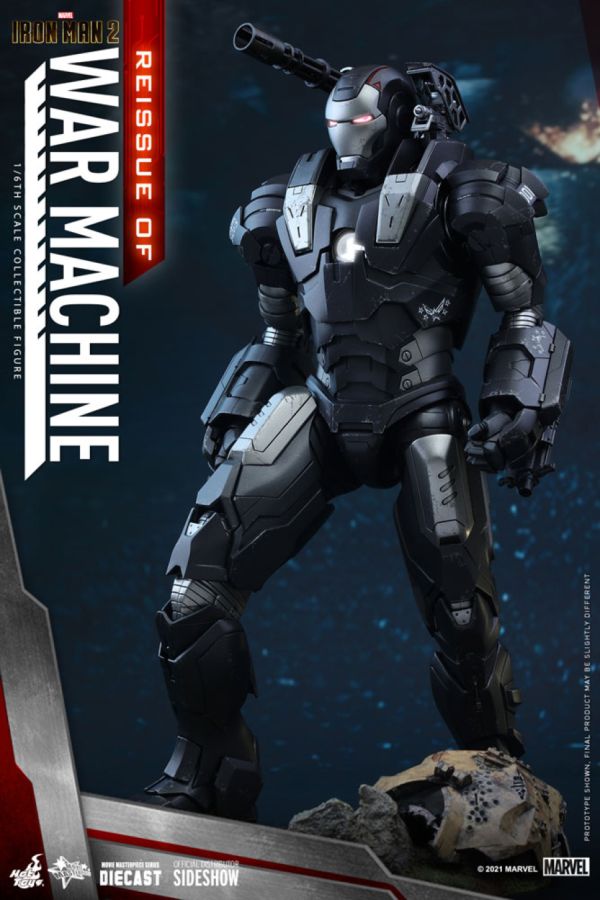 – Alternate head with authentic likeness of Don Cheadle as Col. James ‘Rhodey’ Rhodes in the movie

– Over 36 points of articulations

– Movable and detachable parts on shoulder and waist

– Figure base with War Machine nameplate and movie logo