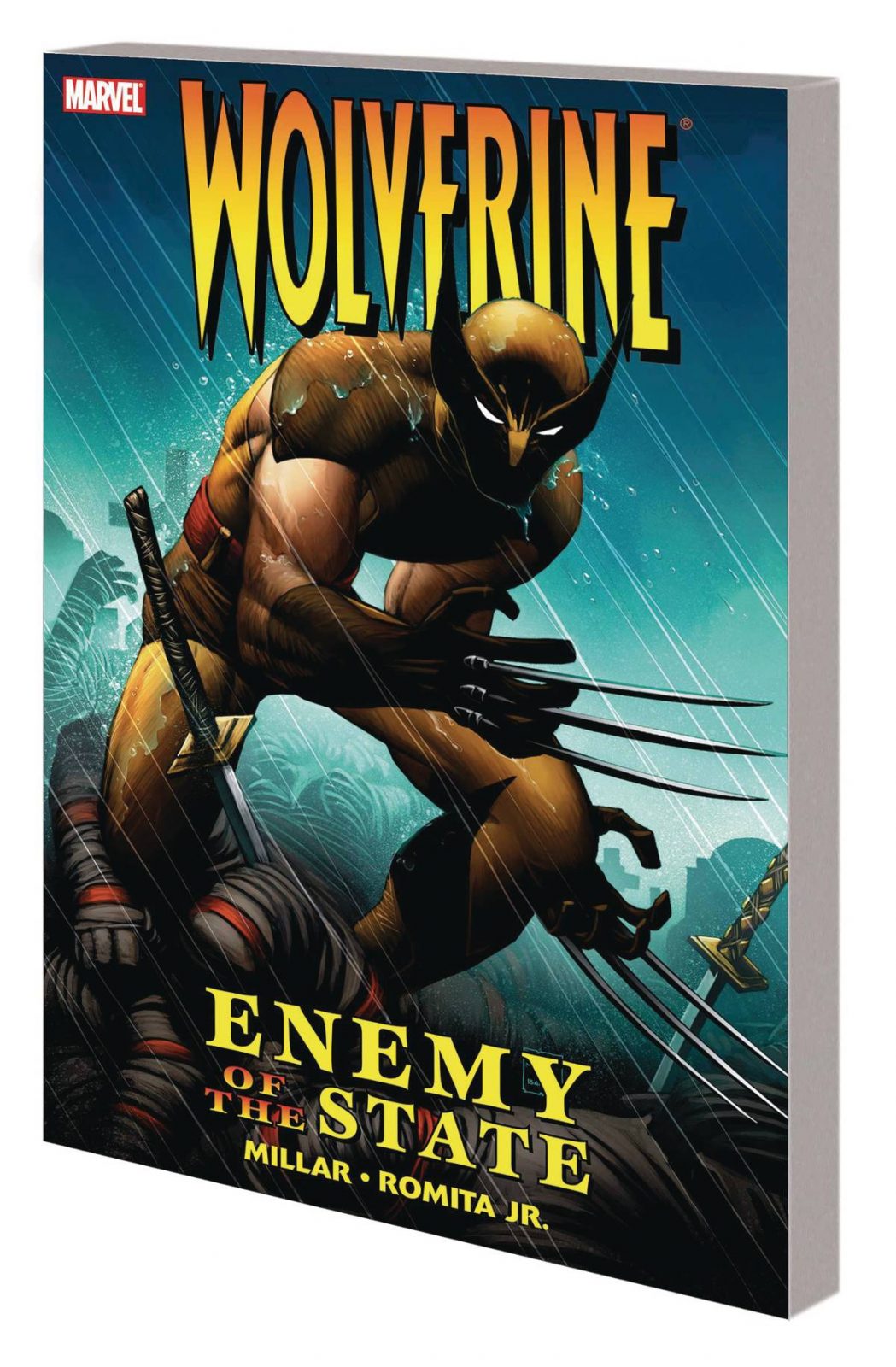 WOLVERINE TP ENEMY OF THE STATE NEW PTG MARVEL COMICS (W) Mark Millar (A) John Romita, Kaare Andrews (CA) John Romita Wolverine has long been the X-Men’s most dangerous member – but now this deadly living weapon has switched sides! Defeated by the Gorgon and brainwashed by Hydra and the Hand, Wolverine has become an agent of the ruthless ninja clan – slicing and dicing his way through S.H.I.E.L.D., the Fantastic Four and the X-Men! And his former friends and teammates will pay a high price to subdue him. As Hydra picks off superhumans one by one and the X-Men mourn a fallen friend, S.H.I.E.L.D. works feverishly to deprogram Wolverine. Can he be turned against his former masters in time to prevent worldwide death and destruction? Plus: A haunting tale of World War II. Collecting WOLVERINE (2003) #20-32. Parental Advisory