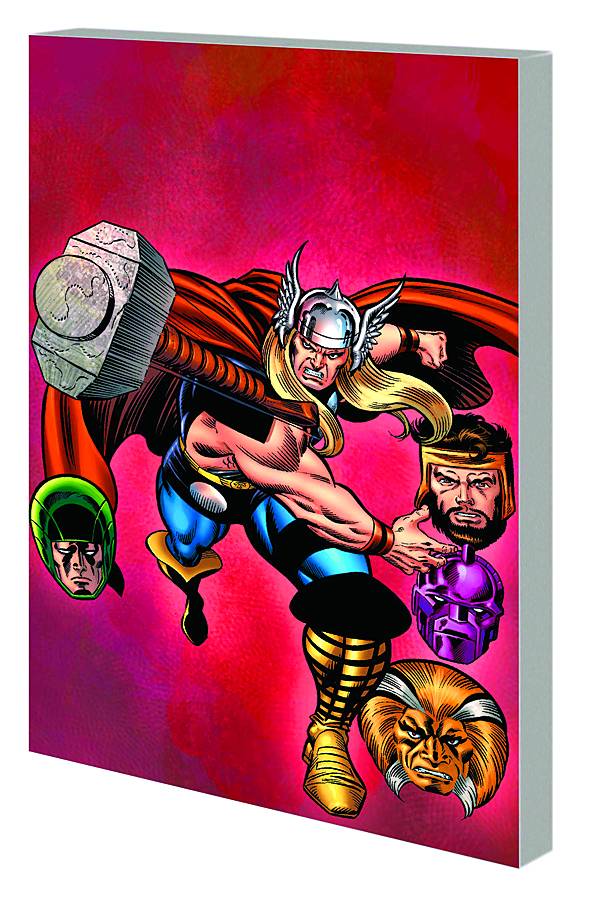 Written by TOM DEFALCO
Penciled by RON FRENZ
Cover by RON FRENZ
The Black Galaxy beckons, and the mysteries of the living bioverse wait to be discovered! The Celestials are converging, the High?Evolutionary and his new race of men are prepared to exploit the new universe, and the Watcher…watches. Meanwhile, Thor,?Hercules and the Avengers must face the threat of Stellaris on Earth before rocketing into space! You won’t believe what waits for the God of Thunder in the deadly Black Galaxy! Collecting THOR (1966) #419-425.
232 PGS./Rated ABrand:
MARVEL COMICS
Creators:
(W/A/CA) Various