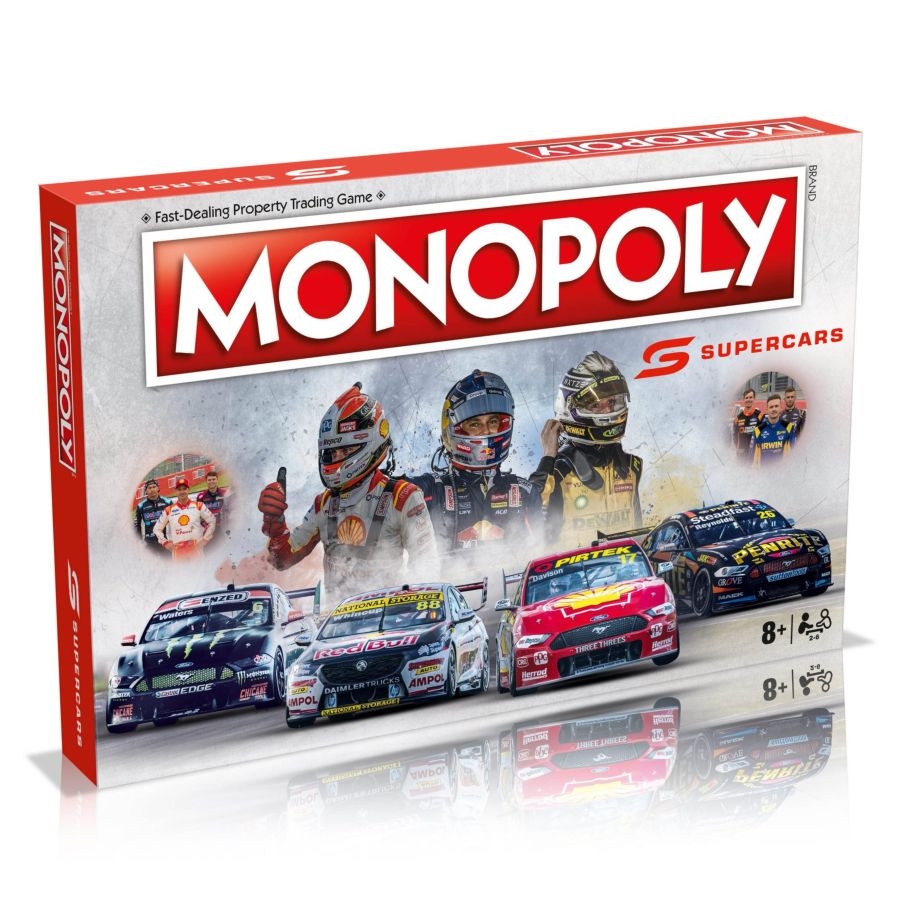 It’s the ultimate Supercars battle and you’re in pole position! Advance to GO and play the Official Supercars Collector’s Edition of Monopoly, designed with race fans and collectors in mind.

In this adrenalin-packed game you will buy, sell and trade Supercars teams and events. Pick from six custom metallic tokens, and strategically manoeuvre around the Monopoly track as you race to build your Supercars empire. Will you win big with the Shell V-Power Racing Team, or will you have to pay a devastating Pitstop Penalty?

Superior handling skills are required to steer clear of an opponent’s properties – any pit stops in an opponent’s garage or workshop can cost you big. Perhaps a custom Chance or Community Chest card will set you back on track. Supercars puts you, their #1 fan, in the driver’s seat. Take risks, make deals and intimate your opponents – claiming victory is within reach for those that stay sharp and outpace the competition!