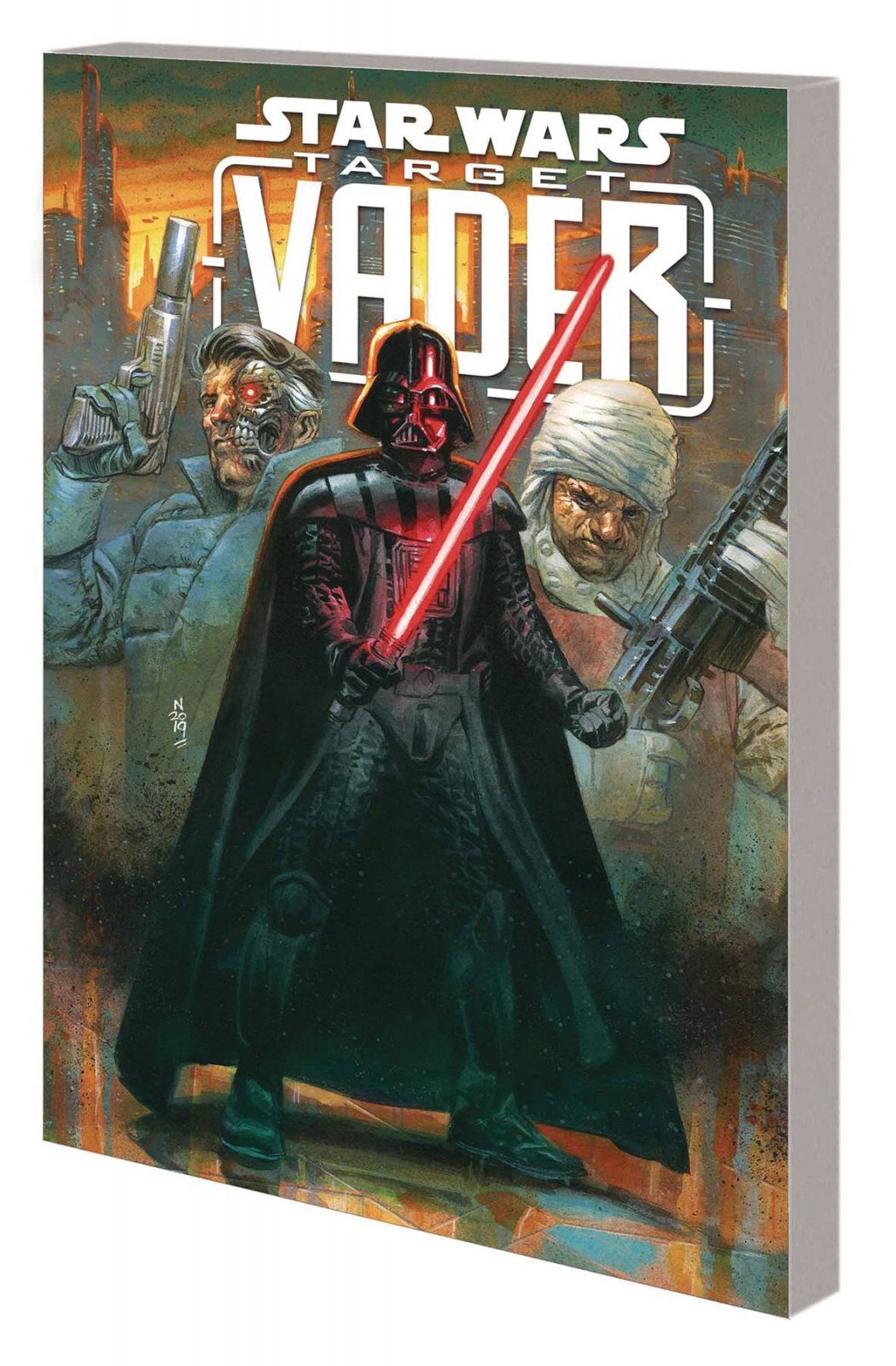 Darth Vader vs. bounty hunters! The Dark Lord of the Sith is on the hunt for a mysterious criminal syndicate operating outside of the Empire’s rule. But little does he know that he too is being targeted – by a group of the galaxy’s deadliest bounty hunters, hired by the syndicate to take out Vader once and for all! Led by fallen Imperial Officer Beilert Valance, this ragtag group of assassins will stop at nothing to score the biggest bounty of their lives. Valance and Dengar seek the perfect weapon to kill the Sith Lord – and they’ll need it when Vader turns the tables and corners them! But what happens when both the hunters and the hunted uncover the dark secrets behind the criminal syndicate known only as the Hidden Hand? Collecting STAR WARS: TARGET VADER #1-6.
Rated TBrand:
MARVEL COMICS
Creators:
(W) Robbie Thompson (A) Marc Laming, Stefano Landini (CA) Nic Klein