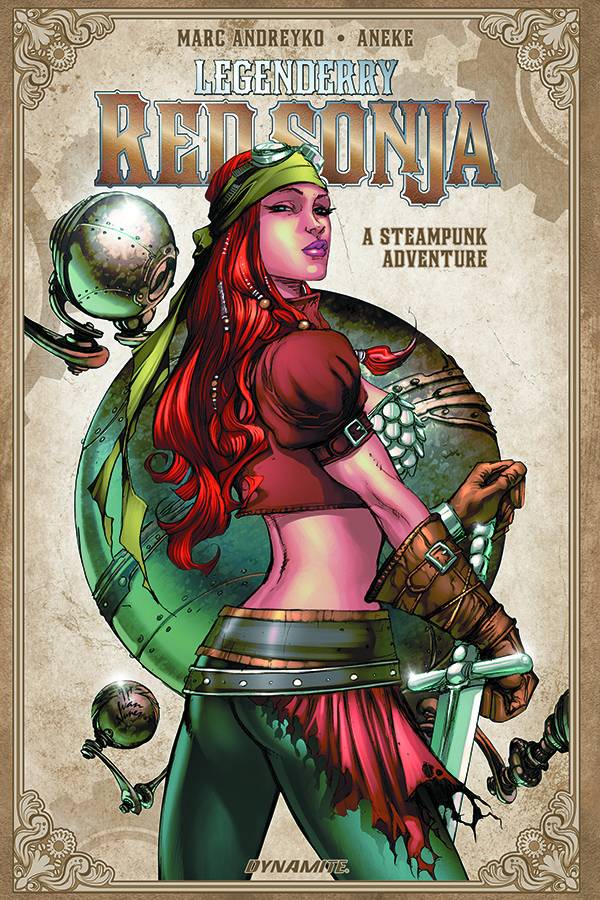 From the pages of Bill Willingham’s Legenderry: A Steampunk Adventure… it’s Red Sonja, the crimson-tressed rogue and ruffian, facing off against science run amok. Against a Neo-Victorian backdrop of clockworks and Tesla coils, fantasy’s most fearless heroine sets sail through a whole new world of adventure and intrigue! After a year on the run under the assumed identity of Magna Spadarossa, Red Sonja returns to fiery form as an ale-swilling, rapier-swinging ship captain… but it’s only a matter of time until she’s called to action, drawn into a madman’s plot to conquer the world! Befriending Elizabeth, the undead bride of Victor Frankenstein, Sonja discovers that the evil scientist has been kidnapping inventors and professors to steal their secrets and raise an unstoppable monster army. Will the She-Devil with a Sword unravel the plot in time, or will she fall victim to the mad doctor and his ally, the dreaded Captain Nemo?Brand:
DYNAMITE
Creators:
(W) Marc Andreyko (A) Aneke (CA) Joe Benitez