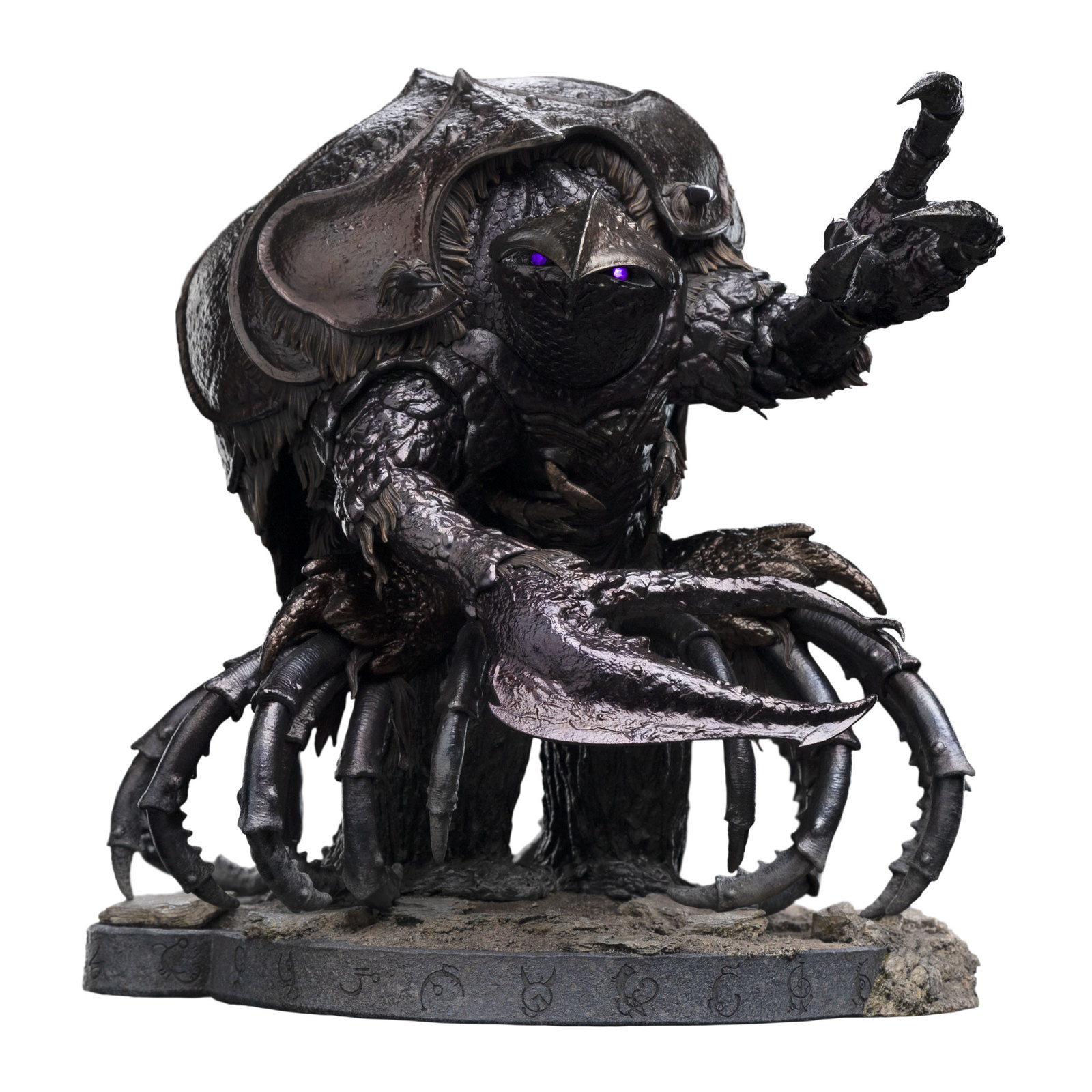 Tools of war, devoid of thought or conscience; a soulless army animated by arcane means, devoted and forever chained to the will of their masters; the Garthim were appalling corruptions engineered by the Skeksis to carry out their brutal crusade against the Gelfling.

Hulking, crab-like foot soldiers, the Garthim served their masters without question. Dispatched from the Castle of the Crystal to enforce the Skeksis’ campaign of brutality and genocide, the Garthim roved across Thra spreading terror wherever they went. Within the shadowed passages and halls of the darkened castle they stood silent and unmoving; sentinels on ceaseless watch, or cloistered in lightless pits, awaiting the orders of their draconic overlords.

With a mess of black legs, a polished jet-like carapace, and giant destructive claws, the Garthim were believed to be invincible. Mightier than any of Thra’s creatures, they smashed their way through almost any barrier, be it Podling homes or the walls of Aughra’s obser­vatory. Few, if any beings, were their equal, save for the swift-limbed Landstriders, whose long legs could pierce Garthim shells and whose courage could overcome the terror of their piercing purple eyes.

The three different sized circular bases across our 1:6 scale Dark Crystal range represent the Three Suns in the skies of Thra; the dying sun, rose sun, and great sun. Familiar iconography from the floor of the Crystal Chamber is featured around the outside. Spy the symbols of the urSkek, which have since been appropriated as signs of discord and Skeksis aggression.

Pays tribute to the most fearsome creature in the Skeksis arsenal;
Features light-up LED eyes that can change colour between blue and purple, as seen in the Netflix series and 1982 film, respectively;
Screen accurate sculpt, including the middle leg that hides the puppeteer;