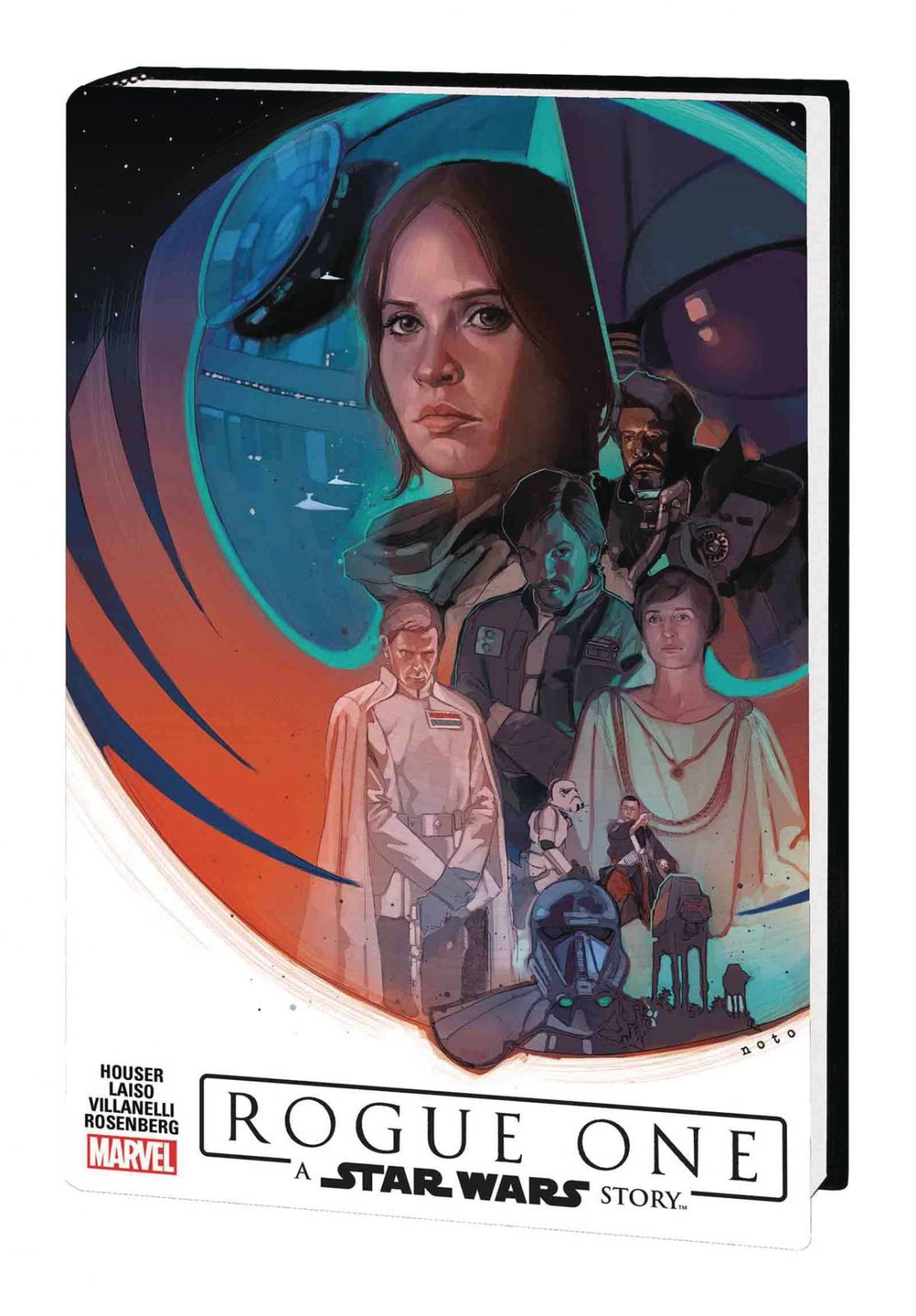 The Rebellion is here! The Rogue One crew makes the leap from the big screen to the comic-book page in this action-packed adaptation! All looks lost for the galaxy when the Empire’s new super-weapon is discovered. Any insurgency will quickly be thwarted by the devastating new Death Star! But maybe there’s hope for the rebel cause when Jyn Erso and Cassian Andor lead a crew of new heroes on a desperate mission to steal the plans to the planet-destroying threat! A crucial tale in the Star Wars saga is told at last! Plus: In an all-new story, flash back to the ill-tempered first meeting between Cassian and scene-stealing droid K-2SO! Collecting ROGUE ONE ADAPTATION #1-6 and STAR WARS: ROGUE ONE – CASSIAN & K-2SO SPECIAL #1.
Rated TBrand:
MARVEL COMICS
Creators:
(W) Jody Houser, Duane Swierczynski (A) Oscar Bazaldua & Various