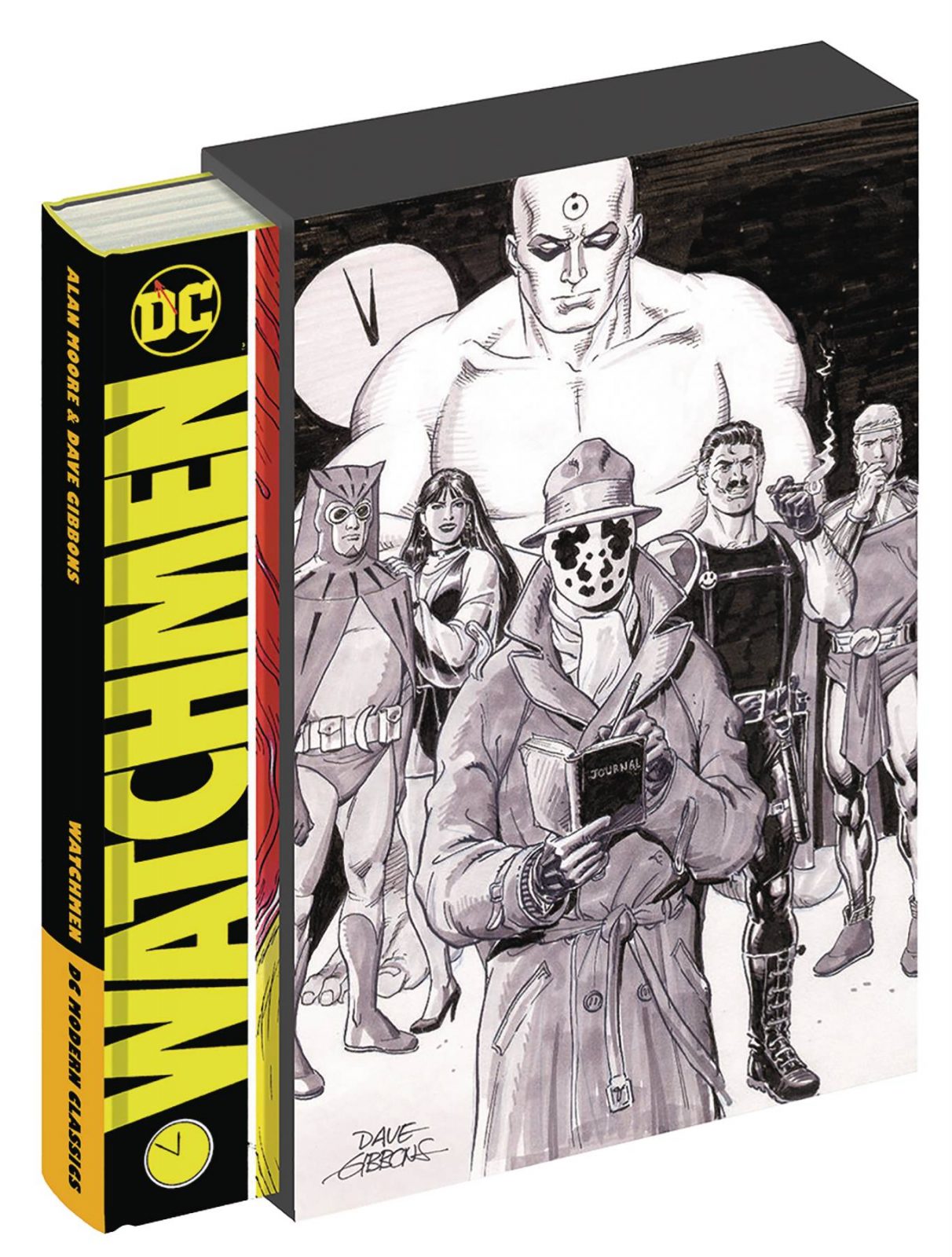 DC introduces DC Modern Classics, collecting groundbreaking, genre-defining works in new hardcover editions, presented in a beautifully designed slipcase. In a world where the mere presence of American super-heroes changed history, the U.S. won the Vietnam War, Richard Nixon is still president, and the Cold War is in effect. WATCHMEN begins as a murder mystery, but soon unfolds into a planet-altering conspiracy. As the resolution comes to a head, an unlikely group of reunited heroes – Rorschach, Nite Owl, Silk Spectre, Dr. Manhattan and Ozymandias – must test the limits of their convictions and ask themselves where the true line between good and evil lies.Brand:
DC COMICS
Creators:
(W) Alan Moore (A/CA) Dave Gibbons